Dr. John McLoughlin was born in Quebec in 1784, and found himself appointed superintendent of the Columbia District at the Hudson Bay Company in 1824 and subsequently laid a claim at Willamette Falls for the Hudson Bay company around 1829. McLoughlin had the claim surveyed by J. M. Hudspeth in 1843. The claim was further was surveyed by Jesse Applegate in 1844 (when Oregon City was incorporated) and Robert Short in 1849 and recorded in county records in 1850. 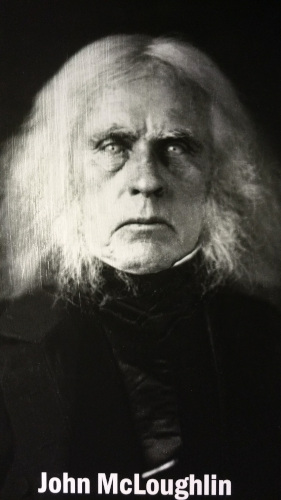 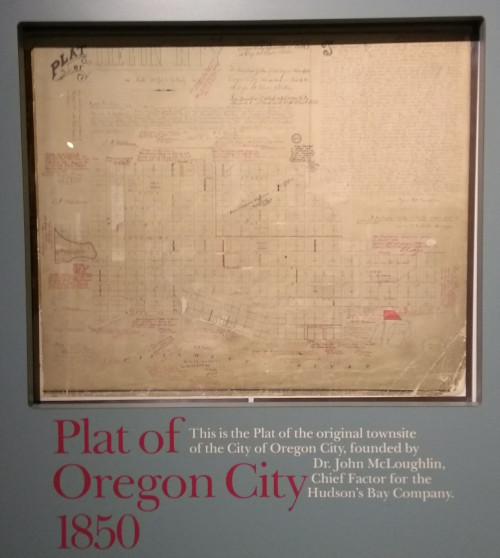 Unfortunately for John McLoughlin not everyone liked him - particularly one Samuel Thurston. Samuel Thurston was a representative for the Oregon Territory and helped pass the Donation Land Claim act in 1850.

The Donation Land Claim act established a survey office and “granted to every white settler or occupant of the public lands, American half-breed Indians included, above the age of eighteen years, being a citizen of the united states… three hundred and twenty acres of land if a single man and if married … six hundred and forty acres, one half to himself and the other half to his wife to be held in her own right.” then there were other contingencies such as proving that improvements were made to the settlement before they were granted the land.

This act was certainly instrumental in bringing settlers to the valley but however there is a part of the legislation that McLoughlin wasn’t fond of, namely:

Samuel Thurston had gone to congress with false claims about John McLoughlin and convinced them to take his claim out from right underneath him, but it was awful nice of him to give Abernethy Island to the methodist missionaries and let others keep the land they had bought from McLoughlin. Shortly after the passing of the Donation Land Claim Act Thurston died of a fever on the way back from Panama in 1851 - the same year Mcloughlin was voted as Oregon City Mayor.

Return of the Claim

During the rest of McLoughlin’s life nothing was really done about his claim being taken, and he passed away in 1857. Only on October 17,1862, 5 years after he had died, did the state confirm title to his legatees under his will (son David McLoughlin, daughter Eloisa and her husband Daniel Harvey) for the cost of $1000 into the university fund (sans Abernethy Island). This was paid by Daniel Harvey.

I was curious what was left of the Oregon City Claim to return in 1862 and located the Oregon Territorial legislative assembly records from 1851 (H.B. No. 39, H.B. No 54 - Passed 1/29/1851) along with Donation Land Claim records from the GLO where they confirmed title to specific lots in the Oregon City Claim. These were the lots that had been sold by Mcloughlin prior to the Donation Land Claim Act so anything left over - assuming the state hadn’t sold it between 1850 and 1862 - should be what was given back to the legatees. I geo-referenced the 1850 Oregon City claim and used it as my basepoint for mapping the properties.

This was the final result:

The book Dr. John McLoughlin, the Father of Oregon By Frederick Van Voorhies Holman has lots of primary materials and more commentary on the situation which makes for an interesting read.