I recently watched all 3 seasons of the 1966 Batman TV series with Adam West and Burt Ward as the dynamic duo. A recurring element in many of the episodes was the Giant Lighted Lucite Map of Gotham City.. 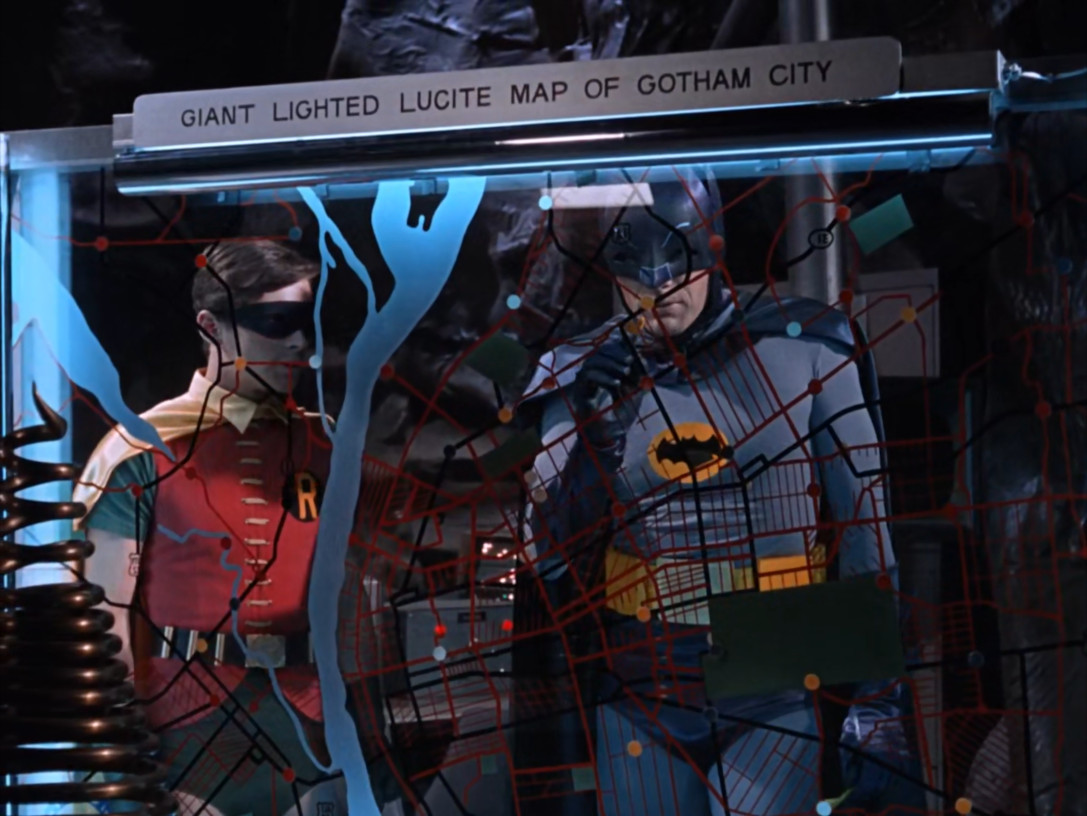 If you look closely at the map you can see that it is actually a map of St. Louis, Missouri. I took a screenshot of the map and georefererenced it in QGIS. I sketched out the features on the map from every episode it was used. I then used the qgis2web plugin to generate a web map. There are some changes in the city since the map was drawn in 1966 but overall it matches up pretty well.

You can see the map in action below:

Here is an alternate map based on the 1998 version created by Eliot Brown for DC comics, GIS conversion by Danielle Pugh

Here is a rough summary of episodes and timestamps for when the map showed up in the series:

In the second season the map was repurposed as the Batmobile Tracking Map and utilised a series of lights flashing to simulate trackers. Leaflet has a variety of tools to animate features that could be used to recreate tracking catwoman to her hideout like in Season 2, Episode 34.